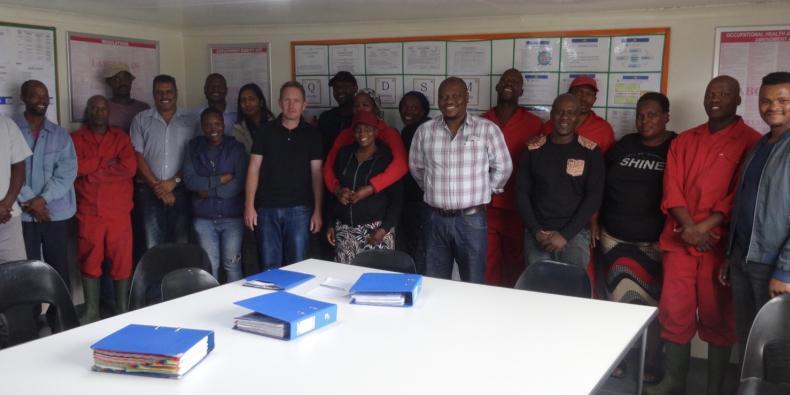 National Chicks, Boschkop Farm (part of the Astral Foods group) is competing for the 20 Keys Excellence Award. This International Award, awarded jointly by PDI Japan and ODI South Africa, is a tough one to achieve. It focuses on having a high level of performance and maturity in terms of the organisation’s processes, systems, people and technology, and also sustainable, proven performance with:

A first progress review was done at the end of January 2019, and after a very thorough and strict progress review, a few gaps to be closed, were discussed. Within days of the review, Manoj supplied some supplementary information on closing the gaps, and a final review date was set for 12 April 2019.

It was with great anticipation that I visited on 12 April 2019.  I was again met by the whole team and introduced the review approach for the day. 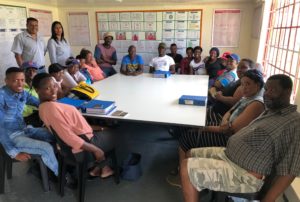 Usually I choose a site at random on the day for an in-depth review, but decided on a different approach, and asked Team Leaders to volunteer their sites. A quick response resulted, with Team Leaders all volunteering. My random choice fell upon Ireen Maboya – Team Leader at a Laying Site. However, two more Team Leaders also wanted to participate, so I included them as they had all their implementation evidence ready – neatly organised in files.

A few hours were spent assessing the Keys which the Team Leaders are responsible for, having time spent with Farm management on their Keys, as well as evaluating the overall QCDSM KPIs. Apart from assessing the 12 Keys (out of the 20 Keys for the Farms Model) against best practices and requirements for the Excellence Award, the performance with key performance indicators was evaluated, over a period of 5 years, to see whether standards were met and sustained.

A review was also done with the maintenance function in their workplace, which delivered a pleasant surprise, as all the issues pointed out in January 2019 had been addressed at a very high standard – one of the best farm maintenance workshops, mini-business area, and team functioning I have seen!

In the afternoon, the team was called together for feedback. It was a real pleasure for me to announce that National Chicks, Boschkop and Klipkop Rearing and Laying farms joined the exclusive club of Astral Foods Farms achieving the 20 Keys Excellence Award.

I also decided to give a special award to the Maintenance Team for a Level 3.5 Workplace, which did not look possible in January 2019, as it was such a short period of time before the next review. Piet, an elder and leader in the team, is living proof that you are never too old to learn a few new tricks, as he enthusiastically took up implementation of the 20 Keys in the team!

During my feedback, I mentioned a few things, apart from achieving the Excellence Award requirements, in terms of Keys’ levels and KPI performance, that stood out for me, like the eagerness of Team Leaders to learn and take notes when we discussed issues, and the support from the managers.”

Said one of the managers “The review in January, and the one today, were very thorough and tough; we really feel like we deserve this.”