Goal alignment with The Amy Foundation and Gerald McKinnon 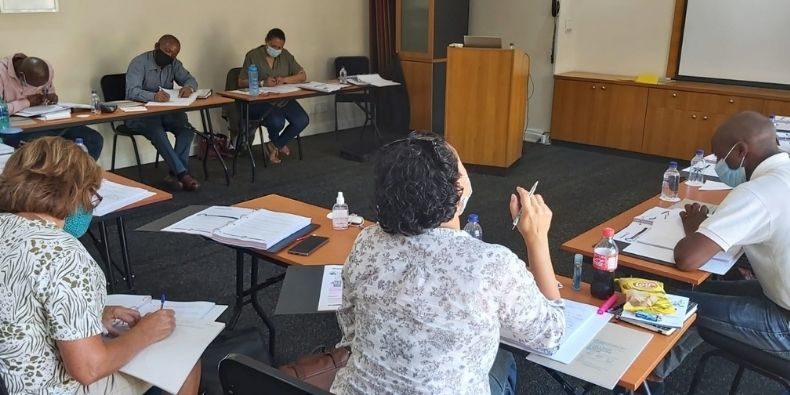 The Amy Foundation was named after American student, Amy Biehl, a gifted and dynamic young woman who was committed to making a difference in South Africa.

On August 25 1993, Amy Biehl’s life was tragically cut short in an act of political mob violence in the Gugulethu township just outside of Cape Town. Four young men were convicted of her murder, and after spending 5 years in prison were granted amnesty through the parents of Amy and the Truth and Reconciliation Commission. Determined to honour Amy’s love of South Africa and her belief in the truth and reconciliation process, Amy’s parents founded the organisation.

The Amy Foundation, formerly Amy Biehl Foundation,  in the Western Cape – South Africa,   is a non-profit organisation that offers programmes which develop and empower youngsters, aged 5 – 35 yrs from challenged and vulnerable communities.

Their after school programmes in Gugulethu and Bonteheuwel provide an environment that allows school-going children to overcome shortcomings in their education, by focusing on creativity. The Amy Foundation aims to make learning enjoyable while fostering the drive to academic success.

The Amy Foundations’ Skills Development programme, based at their Head office in Sybrand Park,  helps young adults prepare for the world of work, employment and entrepreneurship.

Mr Kevin Chaplin is also the author of a book called Can do!

Doing a full learnership is always a good idea, as there are so many benefits attached to it, HOWEVER, there certainly are times when a shorter intervention is required, to obtain some quicker gains for the organisation.

The Skills Programmes offered by ODI have been carefully selected to offer such interventions, to ensure maximum benefits. This selection of Skills Programmes is based on many years of experience, gained in the environment of Operations Excellence, and has proven to energise the workplace, and to set the foundation for quicker gains.