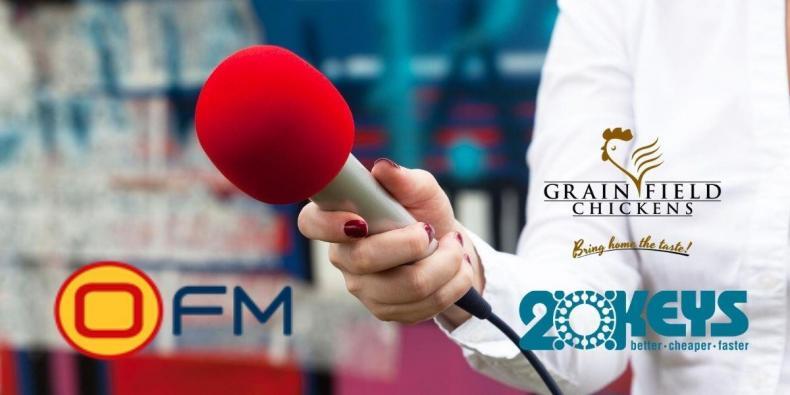 O-FM is a regional radio station based in Bloemfontein, South Africa. O-FM covers three provinces – the Free State, the North West province, and the Northern Cape province. In 2005, it also commenced broadcasts into the Vaal Triangle area. It broadcasts in English and Afrikaans, in an adult contemporary format. Recently GFC’s René Janse van Rensburg, was interviewed by O-FM.

An established poultry-abattoir in Reitz in the Eastern Free State, Grainfield Chickens (GFC), is an international pioneer in terms of the continuous improvement of an industry by involvement at all levels of an organisation. René Janse van Rensburg, an industrial engineer at GFC (formed in 2010 under the guidance of the age-old enterprise VKB), says the organisation recently received the prestigious International 20 Keys Excellence Award from PDI (Japan) and ODI (South Africa). The 20 Keys system consists of 20 elements or keys that unlock value in the organisation. She says the improvement of five goals is this system’s main focus, while there are also certain requirements and criteria to be met. According to René, a company culture should be created where people think about what they are doing and then improve on that. Regular progress is measured towards world-class and best practices. She says the requirements to achieve this award, amongst others,

According to her, all the industries of VKB, are implementing the system. Rene says maize and soybeans produced in the Eastern Free State form part of the food composition for broiler chickens and it has made sense to boost the value chain with the construction of a livestock plant. Hence, GFC has gone from strength-to-strength and about 900,000 chickens are slaughtered per week.