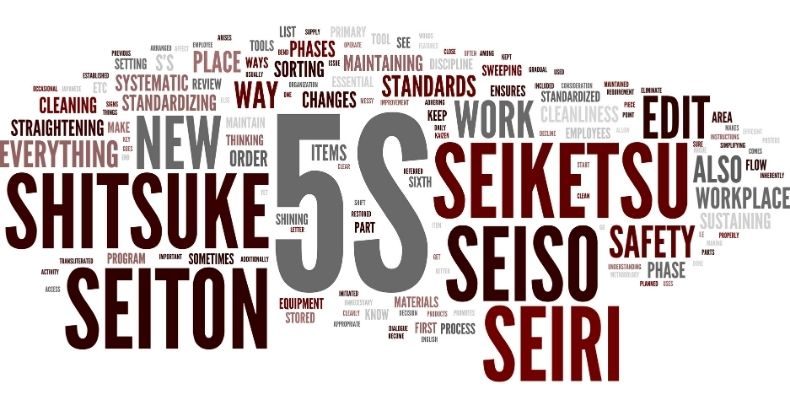 Did you know that most companies start off very well with their 5S implementations, but a small percentage sustain the improvements over time?

The 5S is a process for:

It is simple to implement, but it is challenging to sustain high levels.

Iwao Kobayashi, developer of the 20 Keys System for Continuous Operations Improvement, used to tell the story of him visiting a company in Japan. He observed a very low level of 5S implementation, but everywhere there were signs proclaiming the importance of 5S and its benefits. What was interesting to him was that the signs were written in an old form of the Japanese language which no-one, apart from him, understood. The company probably started off well, like most 5S implementations, with a lot of energy and significant changes in terms of what the workplace looks like, but then lost momentum and the efforts eventually petered out. Like most other companies there were probably some spikes, now and then, of improvement after the initial effort, when preparation was done for important visits or events, but, typically, such improvements quickly disappeared, basically right after the “important visit”.

At ODI we have done many Key 1 (5S) implementations, over many years, in different industries and both manufacturing/production and supporting functions.

Our experience indicates that there are a few fundamental prerequisites for sustaining 5S implementations and getting results like cost saving, improved safety, better workflow and efficient working:

I have been involved with supporting the Key 1 implementation at Sasol Mining Central Workshops in Secunda, with 7 large fabrication/maintenance sections and 3 office blocks. They started in 2003 and are still implementing Key 1 and sustaining Excellence levels, by effectively addressing the issues as mentioned above , with the excellent support of the Key 1 Leader, Jurg Vorholt, and ownership for implementation by superintendents, foreman and managers of sections.

Contact us for comprehending and sustaining benefits, from your 5S implementation or to assist with establishing an effective management system.

The 5S Process for Safe and Efficient Workplace Organisation 1-day course, is a workshop to learn about the implementation of the 5S process, a step-by-step approach for creating a world class, sustainable level of safe working, and an efficient workplace. To find out more, click here.